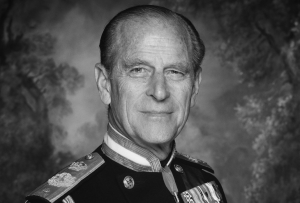 It is with deep sorrow that Her Majesty The Queen has announced the death of her beloved husband, His Royal Highness The Prince Philip, Duke of Edinburgh.

His Royal Highness passed away peacefully on the morning of 9th of April 2021, at Windsor Castle.

The Mayor wishes to express the sadness of the Council and people of Daventry at the news of his death.

Flags will be flown at half mast, at the top of London Road, Daventry.

Buckingham Palace have announced an online Book of Condolence for those who wish to leave messages on their official website Royal.uk

During this time the Royal Family have asked that members of the public consider making a donation to a charity instead of leaving floral tributes in memory of The Duke of Edinburgh.

Our thoughts are with the Royal Family at this time.