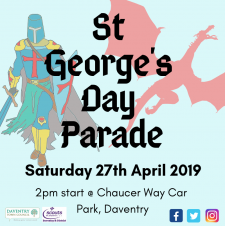 On Saturday 27th April 2019, St George's Day Parade will return to Daventry Town Centre. Led by Daventry and District Scouts, in partnership with Daventry Town Council, the afternoon will be packed with festivities to delight all ages.

The meeting will take place at Daventry Community Centre at 7pm. Included on the Agenda will be the Annual Town Report which is overview of the work that DTC has carried out for the year 2018/2019 (copies of which will be available at the meeting or from the office).

An Interview with: Aiden Ramsey 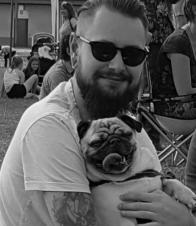 DTC catches up with one of the Town Council's youngest members on why he chose to become a Councillor and his dreams for the future of Daventry Town.

I have been a Councillor for a year, this time round, although I was on the Town Council for a year before I took a six month break to volunteer in Africa for Voluntary Services Overseas, leading a Team of 15 UK volunteers and 15 Tanzanian volunteers.... Read More » 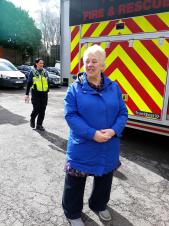 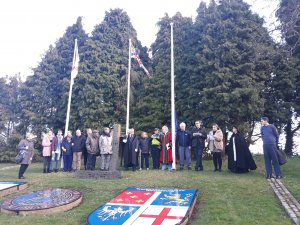 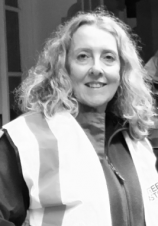 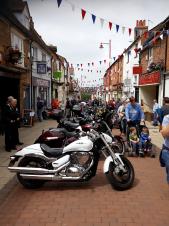 On Saturday 8th June 2019, Daventry Motorcycle Festival will return to Daventry Town Centre, with a variety of motorcycles, spanning the eras to thrill people of all ages.

Now in its ninth year, Daventry Motorcycle Festival is organised by a group of volunteers, in partnership with several local stakeholders, including Juice Sound and Lighting, Daventry Town Council, Daventry District Council. 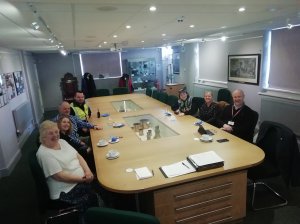 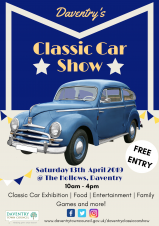 All roads will be leading to Daventry's The Hollows on Saturday 13th April 2019 as organisers gear up for the first ever Classic Car Show which will be hosted in Daventry Town.

Organised by Daventry's Mayor, Cllr Lynn Jones, in conjunction with Daventry Town Council, spectators can take a nostalgic trip down memory lane and reflect upon the golden days of motoring by viewing the variety of classic cars... Read More »