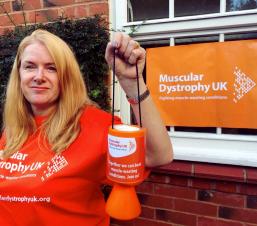 Karen hopes to raise a significant amount of money for MDUK who were integral in helping her dear friend Holly Gouldingay.

At 7 years old Holly was diagnosed with Facioscapulohumeral Muscular Dystrophy, the youngest person in the UK to have... Read More » 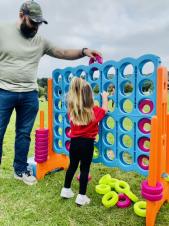 Daventry Town Council (DTC) was delighted to work in partnership with Northamptonshire Sport in the organisation of last Saturdays (24 July 2021) Southbrook Estate Big Thank You Community Clean Up and Celebration.

A successful application submitted by Northamptonshire Sport for a Virgin Media (https://www.virginmedia.com/broadband/) and O2 Together Fund allowed various partnership agencies, including... Read More » 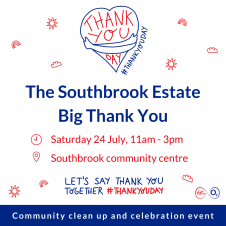 Whether it's neighbours for checking we were okay, delivery drivers who kept food on shelves, volunteers who helped give the vaccine, or kids for learning at home – we've all got somebody to say thank you to. So why not join us for an exciting community event celebrating the spirit that's got us through the past 18 months. 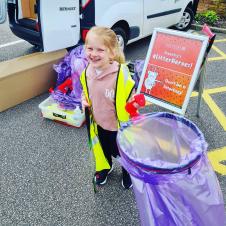 Daventry Town Council was delighted to relaunch its Community Litter Picks once again after they were suspended following Government Covid restrictions.

To coincide with the Keep Britain Tidy #GreatBritishSpringClean initiative held between 28 May – 13 June 2021, we organised our own series of three consecutive Saturday Community Litter Pick Walks that we welcomed residents to join in with too.... Read More » 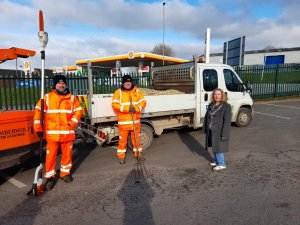 Daventry Mayor Cllr. Lynne Taylor braved the cold temperatures last week on the latest stop of her #Mayorontour series when she visited the team at Daventry NORSE.

NORSE contend with all weathers to deliver a core service within Daventry of waste collection, ground maintenance and street cleansing. They are often unsung heroes that Daventry Town Council wanted to acknowledge and celebrate. 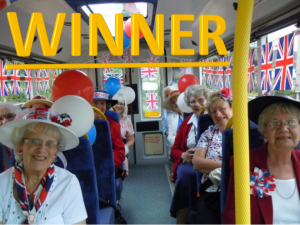 Here is the wonderful picture taken on one of our buses. Great to see such happy faces.

Thank you to everyone who voted and who help facilitate the service, it is greatly appreciated.

An interview with Cllr Glenda Simmonds 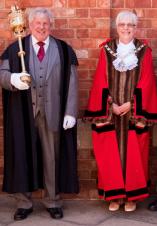 The new Daventry Town council for 2018 has now been elected, and with the start of a new era, Cllr Glenda Simmonds announces her retirement from politics after 12 years. Here she recounts her experiences, memories and hopes for the future of the Town Council.

Growing up in a family where their father was a Civil Engineer meant that Glenda was used to moving around the country. "We started off in Hampshire,"... Read More »

Edward A Sharp 'Ted' - A Eulogy 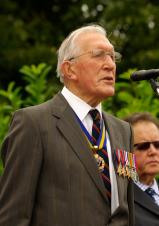 'To the innermost heart of their own land they are known' (from the poem For the Fallen by Robert Laurence Binyon).

In recognition of 'Ted's' service to his country
and his community, and with the kind permission of his family, Daventry Town Council wish to pay tribute to Ted, by publishing the eulogy his family wrote for his funeral... Read More » 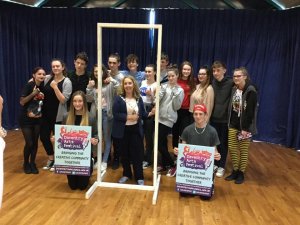 The Daventry Arts Festival was back for 2017 and this year was bigger and better than ever, with over 50 events, competitions and exhibitions taking place within the town. The two-week festival encompassed a range of exciting art disciplines and activities for all ages.

The festival kicked off with the Daventry Weekender, a two-day music extravaganza which took place in five venues across Daventry;... Read More »