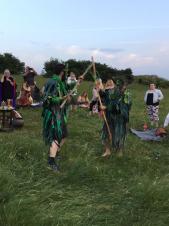 The response has been overwhelming with tickets to the Family Film Day and the Monsters and Munchkins theater performance being fully reserved within six days... Read More » 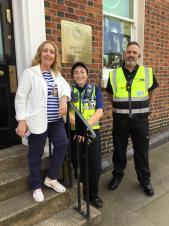 Daventry Town Council has announced today that they have appointed a Community Ranger for Daventry Town.

Commencing their position on 8th May 2018, the Ranger will work directly for Daventry Town Council, in partnership with DTC's CCTV control room, local PCSO's and Police teams to ensure the continued safety and well-being of traders, visitors and residents to the Town.

The Community Ranger will be... Read More »

Following the elections that took place in Daventry on Thursday 3rd May 2018, Daventry Town Council is pleased to confirm its newly elected Council. Out of the seven wards in the Town of Daventry Parish, six were uncontested. Abbey South had three candidates and therefore went to public vote on 3rd May.

The number of votes recorded for each Candidate standing for Abbey South were as follows:
Dawn Branigan... Read More »

Daventry's bells ring out in memory of William Bailey 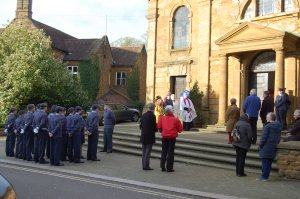 On Monday 30th April 2018 at 7.30pm the Daventry Branch of the Peterborough Diocesan Guild Bell Ringers rang a peal of bells at the Holy Cross Church in Daventry in memory of William Bailey. Daventry Town Mayor, Cllr Lynne Taylor, attended the short service ahead of the bell ringing at the Holy Cross, along with Deputy Mayor Lynn Jones. The service was conducted by Rev. Canon Michael Webber. 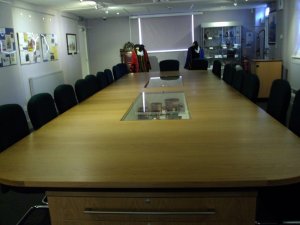 This week, Daventry Town Council attended a planning meeting at Daventry District Council offices. Having listened to concerns raised by residents, the Town Council submitted objections to the proposed developments on garage sites on the Grange and Southbrook estates.

The proposals on Avon Close, The Stour, Waverney Close and two sites on Collingwood Way would see the demolition of existing garages... Read More » 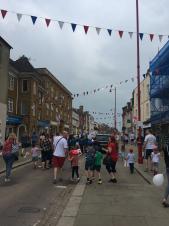 The annual St. George's Day Parade, held on Saturday 21st April 2018, was a galloping success, as Daventry and District Scouts led the way through Daventry Town Centre. Starting from Chaucer Way car park, the procession was led by the Scouts' marching band, and finished at New Street Recreation Grounds where scouts, cubs and beavers from the District renewed their promises and awards were given to... Read More »

This is an opportunity for residents to raise concerns relating to Daventry Town to the Town Council. Daventry's Town Mayor, Cllr Lynne Taylor, will be in attendance to Chair the meeting.

The Town Assembly Agenda will be as follows:... Read More » 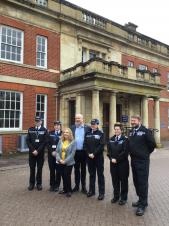 PSCO Ball's role will be to work predominantly in the town centre under the direction of Daventry and South Northants Neighbourhood Policing Team and Daventry Town Council. Mia will also be working collaboratively with the Town Council's... Read More » 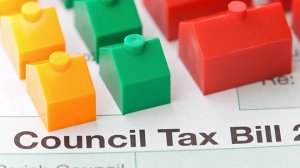 Daventry Special Expenses are levied on residents of Daventry town by Daventry District Council (DDC). The special expenses cover the cost of maintaining the Holy Cross Church Yard and other open spaces in Daventry Town which... Read More » 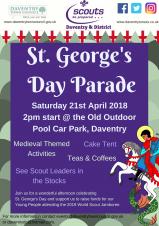 On Saturday 21st April 2018, St George's day Parade will return to Daventry Town Centre. Led by Daventry and District Scouts, in partnership with Daventry Town Council, the afternoon is packed with festivities to delight all ages.

The Scouts have embraced a Medieval theme this year with activities from the era being centred around New Street Recreation centre. There will be a Cake Tent and refreshment... Read More »