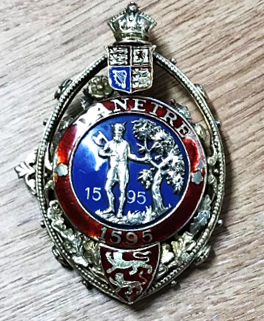 The Mayor is chosen annually by the Council and fulfills two important roles: firstly, they Chair the meetings of Council; and, secondly, are the First Citizen of the Town.

As Chairman of Council they are responsible for seeing that the meetings are conducted in a seemly manner in accordance with the Council's constitution, and carry a casting vote in the event of a stalemate.

As First Citizen of the Town the Mayor acts as the principal ambassador of the Council and will attend around 100 engagements each year. This will include hosting annual events such as the welcoming of royalty and distinguished visitors to the Town, hosting receptions for local organisations, launching Council initiatives and visiting local groups and companies at their invitation often to mark a significant event such as the opening of a new building or the presentation of certificates. 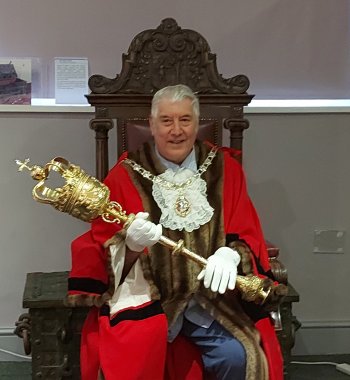 Following Daventry Town Council's Annual Town Meeting on 23rd May 2022, Cllr Malcolm Ogle was elected to the position of Mayor of Daventry for the Council Year 2022/2023.

Cllr Ogle was born and grew up in the village of Weedon, and eventually became a member of several sporting clubs within the village, and also a volunteer at Northampton General Hospital.

He moved to Daventry in 1977. Once in Daventry, he played soccer for a few Daventry clubs including Ford Sports and Daventry Town.

Following retirement, he became involved in working for several local charities. His reasoning behind this was because he had taken so much from the community, he wanted to put something back in. This resulted in his decision to become a councillor so that he would be best placed to help the community.

Malcolm said" I feel extremely honoured and humbled to have been elected as Chair of the Town Council and to serve as Mayor. Already I have attended several local events and met some wonderful people. I just hope I can represent the town of Daventry and its townsfolk in a friendly and positive way".

Would you like the Mayor to attend your event?

The Mayor has previously attended many community events to help promote and raise awareness of local charities and organisations, however as many events have been cancelled or postponed, the Mayor would still like to help raise awareness of any activities via the Town Council's social media pages. If you would like the Mayor to learn more about your organisation or charity, please email: mayor@daventrytowncouncil.gov.uk

The Mayor attends events, free of charge. Should you be hosting an event which you would like the Mayor to attend please complete a Mayor's Engagement form via the link below. 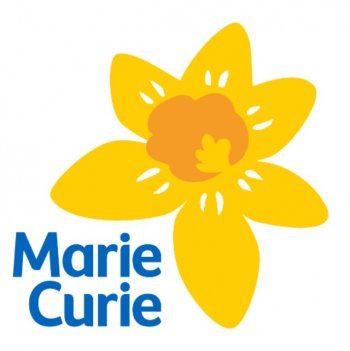 Each Mayor nominates their own chosen charity - Malcolm Ogle 's nominated charity is Marie Curie who offer care and support through terminal illness.

Malcolm said "This Charity is very close to my heart as I lost my Mother, and a very dear Aunt, to Cancer. Everyone deserves care in their final months or days and Marie Curie are vital in providing much needed support"

About Marie Curie: The UK's Marie Curie life charity is there to support everyone in the UK through all aspects of dying, death and bereavement – and to fight for a society where everyone gets to have the best experience possible at the end of their lives. They support the NHS by providing frontline care. They provide vital bereavement support for family and friends. And they help the nation prepare for death, to help makes things better at the end.