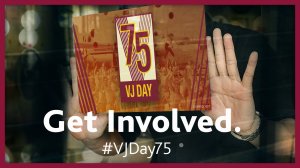 VJ Day Saturday 15th August 2020 marks the 75th Anniversary of the day the Second World War was finally over.

Whilst VE Day marked the end of the war in Europe in May 1945, many thousands of Armed Forces personnel were still involved in bitter fighting in the Far East.

Defeating Japan would come at a heavy price, and 'Victory over Japan Day' – known as VJ Day – marks the day Japan surrendered on the 15th August 1945, which finally put an end to the Second World War.

But how will you be getting involved to commemorate this historic day?

Below are a few activities for you to take part in... 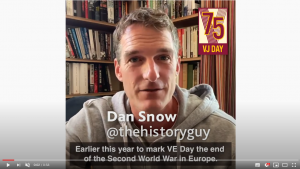 CHALLENGE: Historian and presenter Dan Snow has set a challenge to find out how YOU would tell the story of VJ Day today to mark this special 75th anniversary.

What would YOU say to those who were involved with VJ Day and WW2 and gave so much 75 years ago? How would you thank them? Share your messages in a creative way, which could range from:

Watch his video for more information…

ACTIVITIES: There are many ways you can get involved with VJ Day, either outdoors while following social distancing guidance, or online. Here you can find bunting templates to commemorate this important day along with activity sheets for the children to do.

STORIES: The Second World War affected the lives of millions of people around the world. From veterans to ancestors across the Commonwealth, these people are all united in their shared connections. Read about their life experiences plus watch these veterans tell the stories in their own words.

COOKING: Why not bake some yummy Muscovado Flapjacks with this wartime recipe from Prue Leith. Great to make with the children 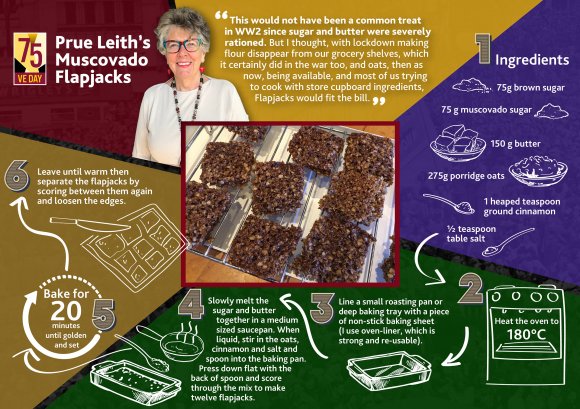